Celiac Disease and Cancer Risk – What you need to know 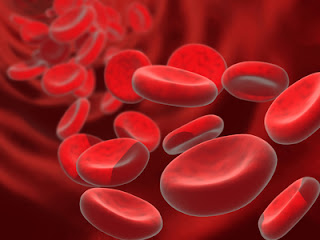 Lymphoma is a blood cancer that develops in the lymph system of the body. It has long been known that lymphoma and celiac were linked.

In August a study was published in the American Journal of Hematology whereby the records of almost 1,300 patients with celiac disease treated over the past 30 years at the Celiac Disease Center located a tthe the Columbia University Medical Center. The researchers found 40 cases of lymphoma, a six-fold increased incidence than the general population. Most of the patients suffered with non-Hodgkin’s lymphoma, a specific type of the disease.

Those patients developing the disease were found to be diagnosed with celiac disease later in life (58 years old on average) and more often suffered from abdominal pain, diarrhea and/or weight loss.
The researchers summarized their results with the recommendation that older patients with these symptoms should be monitored for the development of the disease.

A few factors likely contribute to this association of celiac, lymphoma and later diagnosis with severe gastrointestinal symptoms. Let’s look at what they could be:

1.       Those diagnosed later in life could have suffered the disease for their entire life with no one giving them the correct diagnosis – sadly a common problem. Decades of untreated celiac disease, of course, results in decreased absorption of vital nutrients. With poor nutritional status, the body’s ability to repair itself is compromised.
2.       Celiac disease, to some degree, destroys the lining of the small intestine, an organ that houses 80% of the body’s immune system. Failing to diagnose this strain on the body’s immune system plus allowing the presence of the toxin gluten to persist, decreases the immune system’s ability to kill cancer cells.
3.       Patients who suffer severe digestive complaints typically have a weakened probiotic population in their small intestine. We now understand that this population of 10 trillion organisms is able to keep bad, disease causing genes turned off, when it’s healthy. On the flip side, once stressed, the probiotics are unable to have a positive effect on genetic expression and bad genes flip on – such as cancer.
4.       Also with celiac disease, and gluten sensitivity, the stress on the gut’s immune system often results in the presence of infectious organisms. These organisms further compromise the immune system – another stressor that can increase the risk of cancer.

The bottom line is that early diagnosis is very important, but even more important is the quick resolution of stress on the small intestine and it’s most important resident, the immune system. Restoring the immune system to its full strength is the best weapon against developing cancer.

Should you suffer from celiac disease or gluten sensitivity and find that your health is not to the level you desire, please consider contacting us for a free health analysis. We specialize in taking gluten intolerant patients to the next level of health. Our destination clinic treats patients from across the country and internationally, therefore you do not need to live locally to receive assistance. We are here to help!

Posted by The Doctors of Root Cause Medical Clinic at 10:09 AM 6 comments:

Gluten affects the brain and the nervous system. This is knowledge that we’ve had for some time. Unfortunately that knowledge has not arrived at the doorstep of many doctors whom are stuck in the historical description of celiac disease as a disease that presents with a patient who is dramatically underweight, has abdominal pain, diarrhea and bloating. No wonder we diagnose a mere 3% of our celiacs in this country! Many doctors flatly refuse to even test patients who do not present with classic symptoms.
What this means for our population is that children with autism, teens with anorexia, depression and anxiety plus adults with a host of similar neurological problems will continue to suffer due to the underlying root cause remaining undiagnosed. What is the cause? Gluten.

Back in 2000, a study titled “Agnormal regional cerebral blood flow in childhood autism” was published in Brain. This was a complex study that actually mapped out the areas of the brain that received insufficient blood flow in autistic children. What was so fascinating was the correlation between the regions affected and the type of behavior most afflicting these autistic children. Various abnormalities including theory of mind (inability to understand other people’s mental states) abnormal responses to sensory stimuli (they don’t want their feet to leave the ground, noises bother them dramatically, normal grooming is overwhelming for them, etc.) and the obsessive desire for sameness (activities need to be done exactly the same way, in the same order, at the same times, etc.) had a direct correlation to the parts of the brain suffering from lack of blood flow – called hypoperfusion.

This makes it clear that when you have a negative reaction to gluten and you continue to eat it, you are putting your brain at risk. Lack of blood flow to the brain was seen consistently in untreated celiacs and it was also not seen in the healthy normal control group. And the best news was that it also not a major issue in the treated celiac group- meaning those celiacs who were following a gluten-free diet.

The takeaway here is that gluten is a known initiator of poor blood flow to the brain and the area of the brain affected seems to correlate to the behavioral and mental symptoms experienced by the patient. Based on the autism research it seems a prudent idea to screen autistic children for gluten intolerance as soon as the autism diagnosis is made. What do you think? What about those with depression and anxiety? The 2004 study results are quite compelling. Lastly there was a study published in Alimentary Pharmacology and Therapeutics also in 2004 that stated they found similar blood flow alterations in untreated celiac who suffered from anorexia nervosa. Would it be a good idea to screen those suffering from anorexia for celiac disease?

I hope this was helpful and I equally hope that this information will help to diagnose someone who is suffering with one of these conditions due to gluten intolerance and its affect on blood flow to the brain.
If you or someone you know is suffering, please consider calling us for a free health analysis. We are here to help!

Our destination clinic treats patients from across the country and internationally. 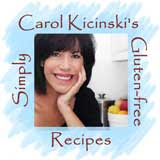